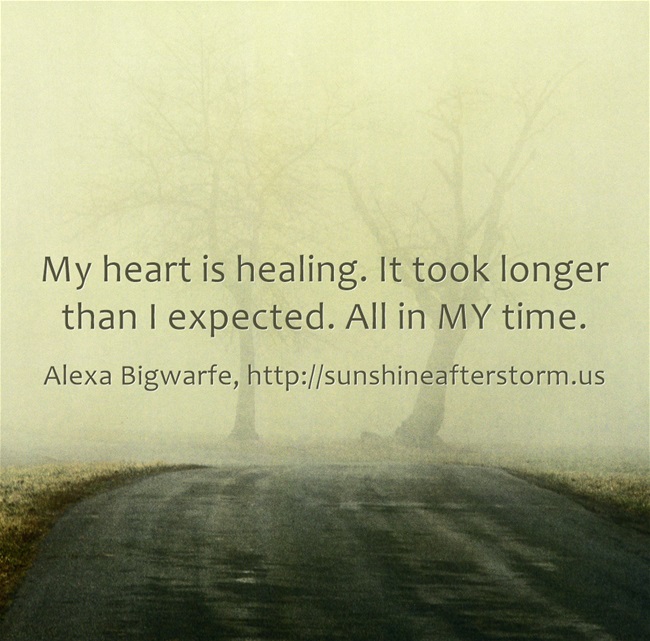 I had a major breakthrough last week.

I held a baby and actually enjoyed it. I enjoyed cuddling and smelling and kissing and coddling.

In a way that no longer felt like my heart was ripping out and my soul was being crushed, but in an “oh you are so sweet and I want to gobble you up” way. A way I never expected to feel again.

I had begun to wonder if I would ever hold a baby again and not feel anything but complete sadness. Sadness because I never got to snuggle with my infant Kathryn. Sadness because I was in such a daze and haze with everything that we went through with Kathryn’s twin Tiny and her long NICU journey that I feel like I missed it all with her. I don’t remember being able to just hold and love on my sweet baby. I can’t remember if I ever was able to just sit and rock and enjoy her. I wasn’t able to nurse her because I had to feed her through a tube. I was afraid to bond with her because I was scared she would die too. My arms weren’t empty, but a large part of my soul was.

So I missed that magical newborn stage with Tiny. And that hurts.

I have just avoided holding newborns since then. I’ve made excuses like “I’ve had a cold, don’t want to spread germs!” or “Oh, I wish I could stay, but we’ve got to be at….”

It hurt to hold the sweet little bundle and realize that I will never, ever hold my own newborn again.

I think any mother who is beyond the point or cannot have children can understand that pain. It’s really quite searing. So I avoided it at all costs.

Until last week. We were at a morning play group and one of the mother’s brought her three month old. I actually felt a longing to hold the baby. So I asked. And I held him. And I cuddled and kissed and smelled and loved on him. But most importantly, I enjoyed it. I was not left feeling the painful void.

It’s been over three years since I last held my infant Kathryn in my arms. So this made me realize another important insight. Grief truly has no timeline. For anyone to expect a grieving mother to just move on in a matter of weeks or months, that may not be achievable. Of course I have not been outwardly grieving for three years, but clearly it’s been there somewhere.

And it was not just in an avoidance of babies. I’ve had an obsession with pregnant women in a way I never knew. I just want to feel their bellies and feel the baby kick. (No, I have not stalked any mommies or started forcefully touching pregnant women.) At the same time, I did not feel happy when a friend announced a pregnancy. I felt jealous. Envious. Even bitter. It’s not that I would not wish these wonders on a friend. It’s that my soul was so deeply wounded by holding my infant daughter in my arms and saying goodbye. How could they keep having babies when I can’t?

It may seem irrational. But if humans were always rational, there would be no need for psychology.

I’m happy to reveal that I’ve also made tremendous progress in this aspect as well. Three friends announced their pregnancies recently, and for the first time since December 2011, I truly feel excited and happy for them.

My heart is healing. It took longer than I expected. All in MY time.