by abigwarfe | Mar 6, 2014 | Contributor post, Grief, Pregnancy and Infant Loss, Sunshine after the Storm, Sunshine After the Storm Reviews | 3 comments 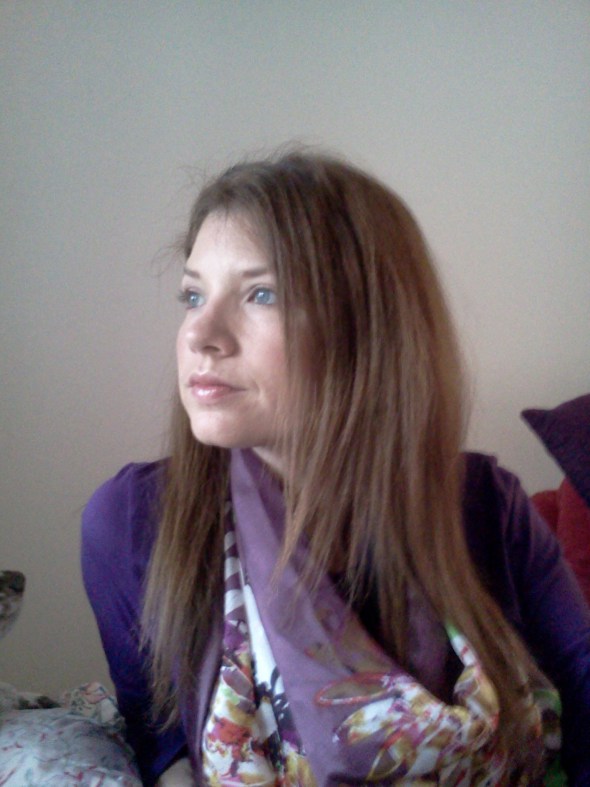 Today we feature a story by Sunshine After the Storm contributor Katia Bishofs of I Am the Milk. With her usual flair, Katia writes powerful words backed by raw emotion.  In this story Katia shares with us how being pretty on the outside can sometimes affect how we feel on the inside.

Thank you, Katia, for sharing  these very real moments of grief with us.

One Halloween two years ago I was sad. Not ‘regular sad’ as Four Year Old would put it, but broken and shattered sad. In what was probably a subconscious attempt to fake it until you make it, I’ve decided I may as well look good. Defiantly I put on my bleeding red dress, a short dark wig, a pair of heels and some fake lashes and rode the subway to work as Betty Boop. The only one in costume, hiding two secrets behind it. How I really look and how I really feel. I don’t look this way and I’m eight days into my new old predicament, baby-less once again after eight brief weeks of him and almost a year of trying.

The costume was not the only lie my clothes told that week. I remember everything I wore. The unfathomable dichotomy between inside and out. That dark brown dress that was meant to accommodate an expanding waistline bought so early in the pregnancy expressed optimism, a ‘to hell with caution and superstition, I did not go through all of this to be cautious and superstitious’. I was wearing my optimism dress leaving the fertility clinic that morning carrying the weight of the world on my shoulders and a huge question mark in my belly.

Can you see the scarf I’m wearing in that photograph? Accessories are for when everything else is fine, for when the basics are taken care of. I was wearing that floral scarf to a work function just two or three days into my brokenness, when nothing was fine, when the normalcy, future, family bliss rug was pulled from underneath me once again, but in the most painful of ways yet.

I was at the fertility clinic in the OR, surrounded by some other women waiting for their IVF treatments. I was wearing a hospital gown and I must have looked just like them, in their hospital gowns of hope, but I was crying incessantly wearing my mourning and defeat. I was waiting for the doctor to perform my procedure and she was an hour late. I wanted to walk away. Broken things can still break some more, I wonder if she knew.

It was the people around me who pulled me out of it. My boss who told me she was still praying for a miracle, when I knew there wasn’t one in store for me. Maggie and Kareim whom I’ve met briefly through work and who came to the work function not knowing I was drowning and said “we’re here for you”. The caregivers at my son’s home daycare who knew about this, my hurt and shame and expressed their hurt for me.

When your outside and inside don’t match you’ve got to let some of the outside in. I believe in clothes, but even more so in people.