Hold her when she cries 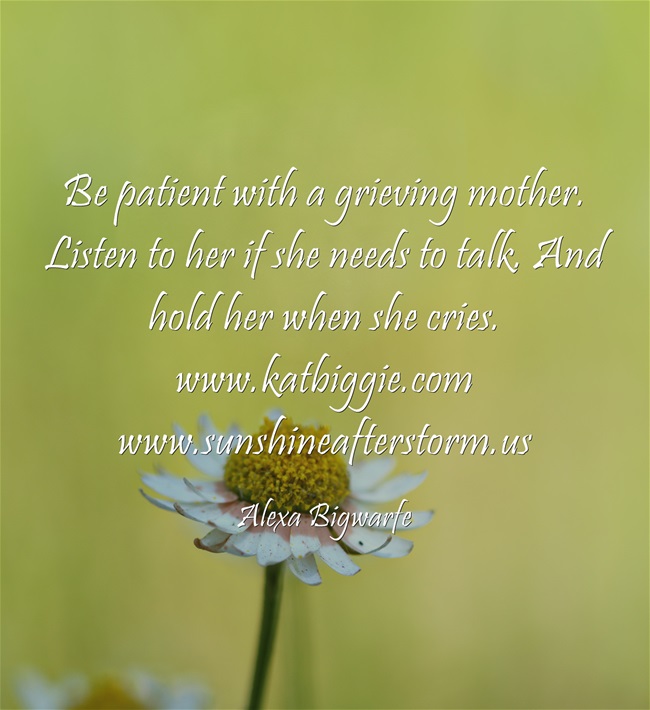 Words for baby loss don’t come easily, even for someone who has been there. Even I still struggle with knowing the right words to say to a mama who has lost her baby. Or the father in those rare times that the dad opens up.

Over time, the best thing I have found to say is: “If you want to talk, I’m here to listen. Baby {name} will not be forgotten.”

Sometimes the most important thing you can do is listen. Because in reality, there are few words for a mother who has lost a baby that will help, but listening and allowing the mother to remember the baby is an important part of helping her heal.

And hold her when she cries …

I recently took a trip to France to visit my best friend. I used to go to school in this area of France, and I still have several friends in the area. Just by chance, our dear friend S, (who actually moved to Canada several years ago) was home visiting during the same time frame, and we were able to meet up with him.

I hadn’t seen S. in about 15 years, and it was really wonderful to see him again. We chatted like no time had passed.

I asked him about his girlfriend, we talked about children, and then I asked if they thought about having children.

He looked at me and I saw it in his eyes. I knew before he even told me. They had lost a baby.

In fact, the year anniversary of their daughter’s birth and death had just passed. His story tore at my heart. The pregnancy was a surprise, but they were both over joyed at the idea of having a baby. And then at five months they learned she was terminally ill, and before they said hello, they had to say goodbye. S. told me that he had followed all of my posts about Kathryn over the years. While he didn’t comment on them, he leaned on them after they lost their daughter. He told me it was so good to see someone talking about the loss of a baby, because no one wants to share about life in the aftermath of losing a baby.

He told me my story had given him hope. Hope that his girlfriend would one day return to him, less broken.

His story broke my heart. I talk to so many women about the loss of a child, but rarely ever do I speak to the fathers. And every time I do, I realize that they need the comfort and the words for babyloss just as much as the women.

I am not a professional, but I do have experience. And the best thing I could say to my dear friend that day was this: “I understand. Be patient with her because the average heavy grieving time is 18-24 months. And hold her when she cries.”

I have written a post specifically for words to say when a mother loses her baby. Please read that for more ideas on what to say and what NOT to say.

Sunshine After the Storm: A Survival Guide for the Grieving Mother 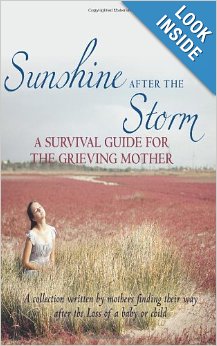 Grieving Dads: To the Brink and Back