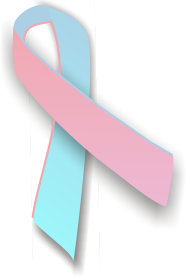 I wanted to share this exciting news that I just received. So, I am cutting and pasting Sean’s own words here… this movie is going to be tough to watch, but will do amazing things for opening up the conversation on stillbirth and infant loss.

Read on for the details!

RETURN TO ZERO WORLD PREMIERE on LIFETIME Saturday, May 17th!

On Saturday, May 17th in the US and Canada, RETURN TO ZERO will premiere on LIFETIME!

“Every once in a while, a film comes along that has the power to make a difference in the lives of others. RETURN TO ZERO is that powerful and moving story that so many people around the world who have faced similar challenges can relate to,” said A+E Networks senior vp international programming and production Christian Murphy. “We felt it very important to present this moving film with such incredible performances from A-list stars as the first global premiere for Lifetime.”

We are confident that RETURN TO ZERO has found the ideal distribution partner in A+E Networks and Lifetime. RETURN TO ZERO is Lifetime’s “first global tentpole film” and they are calling our film the “new standard-bearer” for the cable network.

When seeking the right distribution partner for RTZ, our priority was always to get the film to as many people as possible as quickly as possible so that together we can begin to break the silence!

Our decision was between a small, limited theatrical release which would have put RTZ in 10-15 cities in late 2014 or early 2015 or premiering directly on Lifetime this May with tens of millions of people able to see the film. The choice was a no-brainer, and we are so grateful to Lifetime for their enthusiasm and support.

In addition, Lifetime “gets” the film–they “get” our community. They gave us the earliest air date possible because they understand how important this film is to all of us–and to the world!

And they are allowing us to premiere the film uncut in a 2 1/2 hour time slot with our complete “in loving memory of” 2-minute baby-name credits at the end! Yes, we negotiated for these terms for our RTZ community, but hats-off to Lifetime for agreeing to these terms–most networks wouldn’t have even considered this.

Outside of North America, RETURN TO ZERO will be seen on Lifetime UK, Lifetime Asia, and Lifetime South America either on May 17th or soon after–more details on these air dates as we know them.

A+E Networks is also distributing the film in non-Lifetime territories around the world! We will have more information on those country-by-country networks and air dates in the coming weeks and months and will share them with you as soon as they become available.

Here are the official announcements in The Hollywood Reporter and in Variety!

MAY 17th is the day to SHATTER THE SILENCE! PLEASE SHARE this amazing news with everyone you know and please tell them to mark their calendars. All of the hard work this community has put in is paying off.

Let’s spread the word like crazy about the May 17th Lifetime premiere!

Let’s have viewing parties in every city that night!

If you don’t have Lifetime in North America, please coordinate to go to a friend’s house. Or sign up to receive Lifetime in the month of May.

This brave cable network deserves all of our support and gratitude as they have the courage to show this film!

Let’s get everyone to see RETURN TO ZERO on May 17th so that once and for all together we can shatter the silence!